[BECAUSE] you can’t bake a cake without cracking a few eggs. 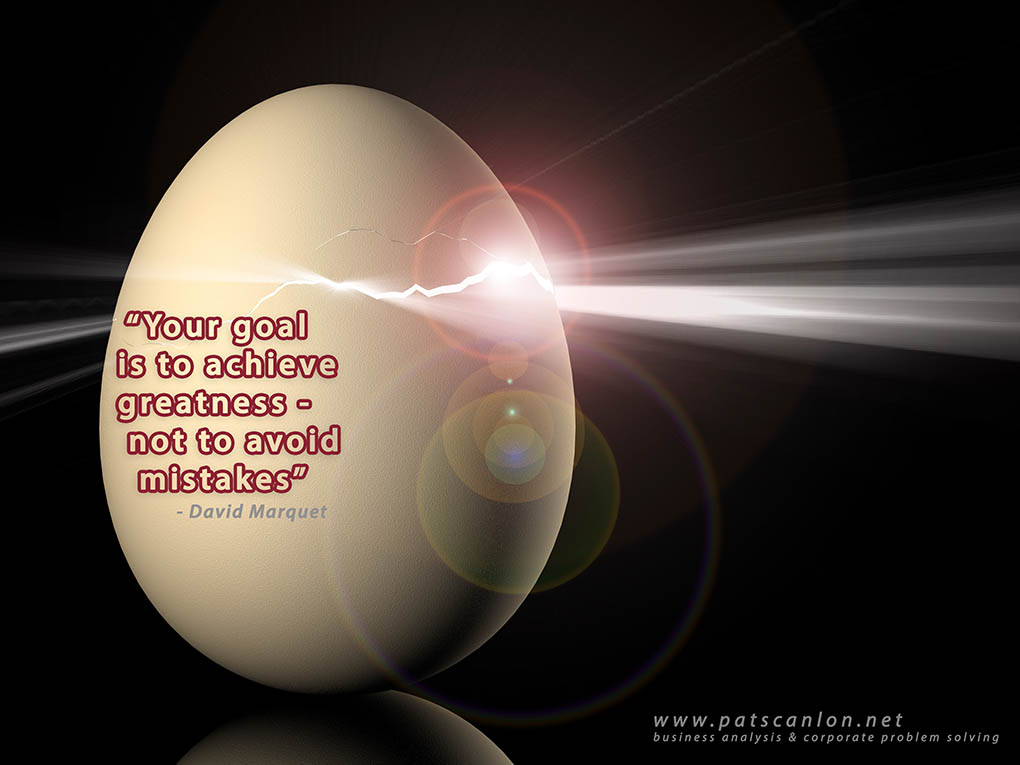 7 things to look at - when things START to crack.

#LeadershipMinit - As the old saying goes, “You can’t bake a cake without cracking a few eggs.” Mistakes or failures (cracks) can teach you where you need to concentrate your attention or training.

Leading teams is not set & forget.  It requires your attention.  The first thing to do is observe.  How is the team progressing?  Note: This is where you need to discount the wins you have been getting in financial metrics, safety, morale etc. and instead watch for any pressures that are building as these will reveal where the cracks will appear.  They are where you can help the most.

In a traditional work culture, people will usually avoid revealing something that may either embarrass them or cause them to have to present some mistake or miscommunication. As a leader, you need to cultivate an environment that promotes the opposite. If you don't know what's going wrong (or is about to go wrong) your teams will never achieve greatness.

Wins have helped keep your team ticking along and rallying around their set goals.  (If you are in a turnaround - the momentum gained by starting over will only get you so far.)  If your team is hitting their stride in the metrics... then the pressure of performing will start to cause some "cracks in the egg."
If you're being observant.  They need not be bad ones. They are indicators of entering a new phase of team dynamics.  They tell you where you can improve in order for your team to achieve greatness.
As leadership expert and author of Intent-Based Leadership, David Marquet, says about teams: "Your job is to achieve greatness.  Not to avoid mistakes."

The next time an error, failure or your team is stressed:

Start by saying, "Thank you for telling me that." It promotes an environment where telling you something you may not want to (but need to) hear is allowed.  Then:

Are there any circumstances at your organization where teams were stressed, cracks appeared and your leadership either saved the day - or you identified anything that could be done better next time?

[BECAUSE] being the dumbest person is important

[BECAUSE] the last thing you need are “List Junkies”

[BECAUSE] you need to get busy optimizing or get busy dying

No comments made yet. Be the first to submit a comment
×