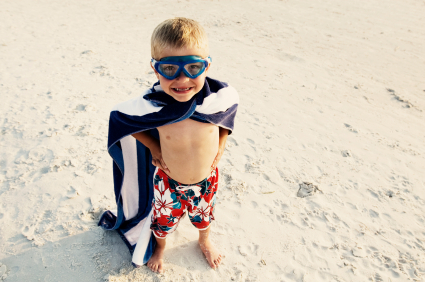 When my children were small; I got an excellent piece of advice as to how to discipline them without crushing their spirit. When (not if) they did something that wasn't moving them in the direction that was going to make for a great outcome - it was suggested to me that I should affirm my belief in them first and then condemn the behavior.

"I love you...but I'm not fond of (insert action here)." By phrasing it this way they understand that THEY weren't "bad," it was THE BEHAVIOR that needed to be corrected. In essence saying, "THIS is how we do things around here."

I'm not suggesting that, as a corporate leader, you begin with a statement that is inherently fraught with possibly adverse HR implications and a reaction to a negative event/statement (as above).  However, when I saw this Leadership Nudge from David Marquet today I thought of the above as the corporate side of the same coin.  Turn a negative into a positive.

In corporate leadership, we will always have adverse outcomes / statements / reactions that we have to deal with, (either our own or with the people we work with), but the premise of promoting behaviors vs actions is key to long-term success.  A company full of people who have clarity around the goals and values of the organization, who also behave in ways that promote those goals and values, is much different from a company full of people who perform (or don't) a series of actions (tasks).

Behaviors reflect outward and set a corporate culture by example. ("This is how we do things around here.")  Actions/tasks (alone) tend to reflect inward and can set a different type of culture.  One where the individual either seeks to repeat a particular action to get praise & recognition or one where they refrain from actions that have been exampled to be punitive.

It does start at the top.  But it doesn't stay there.

Leaders at all levels of the organization (aka everyone) have two "jobs to be done".

If you want to know the cultural parameters being exampled at a company - spend a half hour with its CEO. I'll bet that you'll see a lot of the culture of the company in that half hour.  Their example/s will pervade the culture.  However, while it does start at the top.  It doesn't stay there.

True change in a corporate culture comes from the middle - not the top. It can be helped by the top, but leaders in the middle have more influence on the day-to-day culture of the company than any top exec ever dreamed of.  Proof?  Look at the TV show "Undercover Boss".  How many of those CEO's or top execs have real day-to-day influence on the culture of their organizations?  In fact, it is most often a cultural problem that they identify and correct as part of the drama of the show.  Sure - they set cultural parameters, but it's the leaders down the chain that truly emancipate a culture (or not - as the case may be).

Leaders in the middle of the company have the greatest power to change a culture.  Example leading - not managing.  It will change lives.  Example is the most powerful force in the universe. It is unavoidable.  Doubt it? Let me ask you - when was the last time that you heard one of your parents "coming out of your mouth?"  When you look back at your career - who exampled the values that you now example yourself?  Both positive and adverse.

If you're waiting for a title to lead - chances are you never will.  Be the example of the culture you want to have at work, and you're already a leader.

What are some of the examples that you have encountered that set either good or bad cultural outcomes?

Tweet
Tags:
leadership intent based leadership servant leadership thought leadership strategy innovation
[BECAUSE] you need to get busy optimizing or get b...
[LeadershipMinit] BE the example

[BECAUSE] a case study is what is needed

[BECAUSE] you need to get busy optimizing or get busy dying

[BECAUSE] Kindness is about who you are, not what you do.

[BECAUSE] you need to get out of your own way

[BECAUSE] you can’t bake a cake without cracking a few eggs.

No comments made yet. Be the first to submit a comment

[BECAUSE] the last thing you need are “List Junkies”
Leadership
Innovation
Thought Leadership
"A leader who must control every aspect of the wor...
Read More 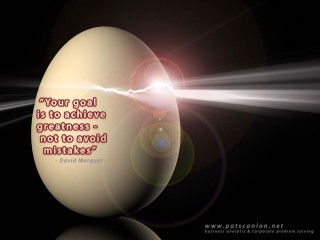 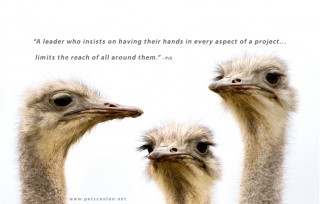